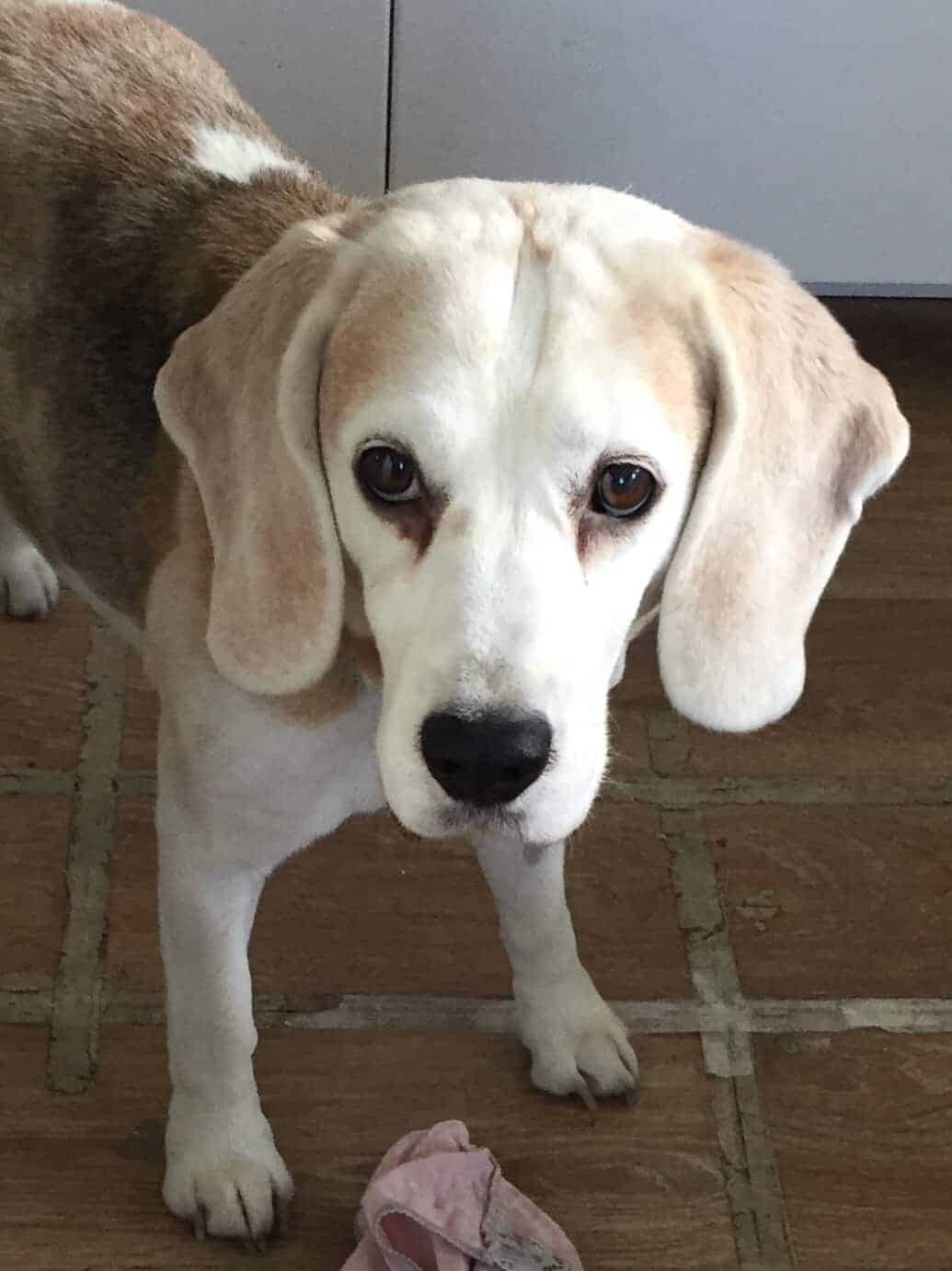 A beagle owner practically all my life, we lost a much-loved seven-year-old beagle-boy to cancer in February 2016. He had so much more life he should have lived, and so it seemed right that we should offer what he missed to another fellow beagle. And so we applied to Beagle Welfare for Barney. He was also seven, had been given up on as a youngster by his first family, and rehomed by Beagle Welfare after a very long wait.

Although successfully adopted, sadly he lost his second owner after four years and found himself back in kennels, first a Council ³pound², then back to Beagle Welfare. By now, he had spent around 3 of his 7 years in total in kennels and was Beagle-of-the-Month in March 2016. No-one seemed to want him, so I knew I had to take him. We travelled from Scotland to South Wales to pick him up, and after a successful meet-up and long walk with our other resident beagle, he came home with us. He had a few issues, mostly lack of confidence, but we persevered and he relaxed and blossomed before our eyes. He was happy, bouncy (so very, very bouncy!), so affectionate and cuddly, and a real wee character. He loved to steal socks and hold them to ransom after a scamper around the house with them.

We were so glad he had come to us, and we were devastated when he was diagnosed with a liver tumour. He did well, but after a few months there was a sudden decline and it was time to say goodbye to our sweet Barney, aged just 10. We were together for just under 3 years, and although we are heart-broken, we have no regrets, and we are so glad he spent those last years bouncing around in our family. He will always have a special place in our hearts.