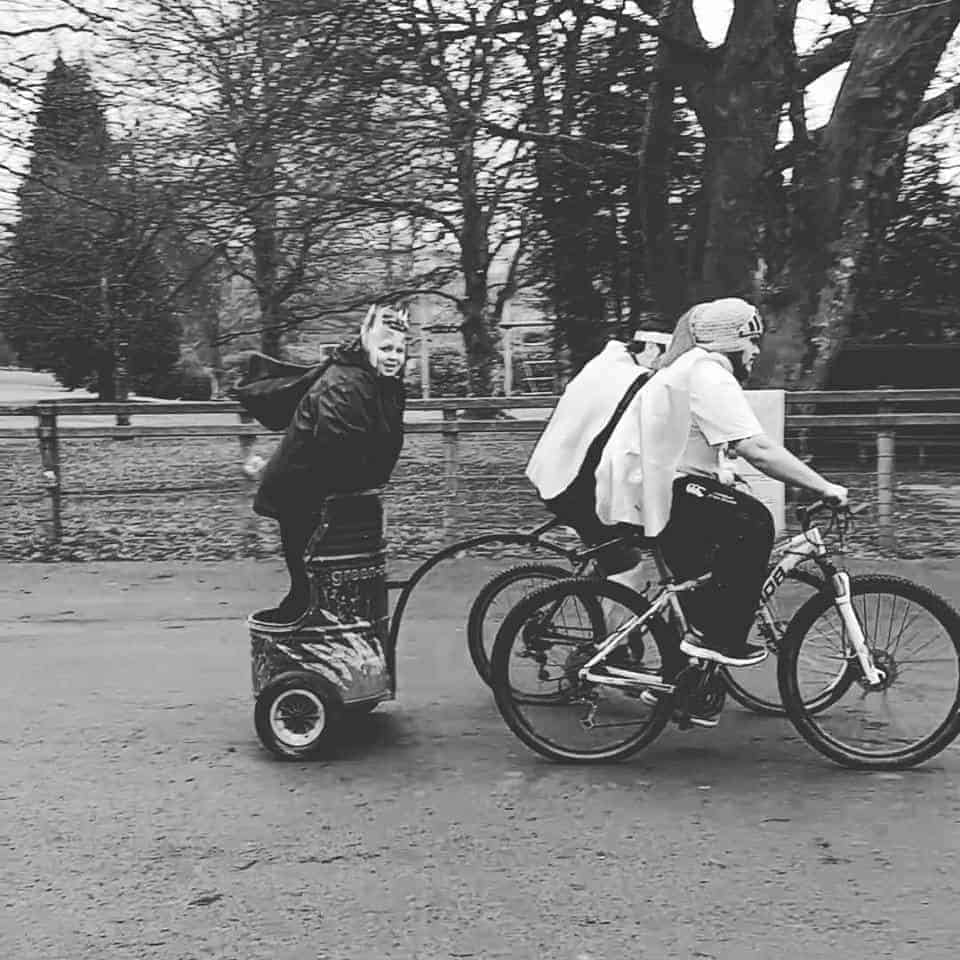 Lorna’s story, in true Roman chariot style, is epic, so I have had to cut it down a little. The full, and hilarious, story will be available in In Full Cry.

Here’s a snippet of what Lorna had to say.

“On the 12th January at 11am (or near enough because we are always late for everything…) we arrived at Abernant Lake in LLanwrytd Wells, to Roman Chariot Race, (although not entirely Roman since we would be on bikes.) We had arranged to take part in this race in memory and honour of our beloved dog Maddy a beagle x whom we lost to cancer unexpectedly only 2 months ago.

Having already secured £252.53 sponsorship to us it wasn’t important where we placed in this race just that we participated. It was clear not everyone else felt the same way (there were some seriously gunned triathletes milling around in full legionnaires costume for one and a group of young testosterone meets energy drink charged group of peacock strutting boys with go pros for another) but we were undeterred, we were Team Moo and we already felt like winners having raised money for Beagle Welfare in Maddys Memory.

We finished overall 6th in the World and we were happy with that. Racing for Maddy was bittersweet, but she would have loved it. She would have found it amazing that we fell, and she would have loved how much mud we were covered in. She would have probably chased the peacocks, wee’d on a triathlete and stole someone’s food. Life will never be the same without our little Asbo, but we hope the money we raised can help another little beagle out there.”

Thank you for your support Lorna, Kay and Toby.

Maddy will be extremely proud of you all.