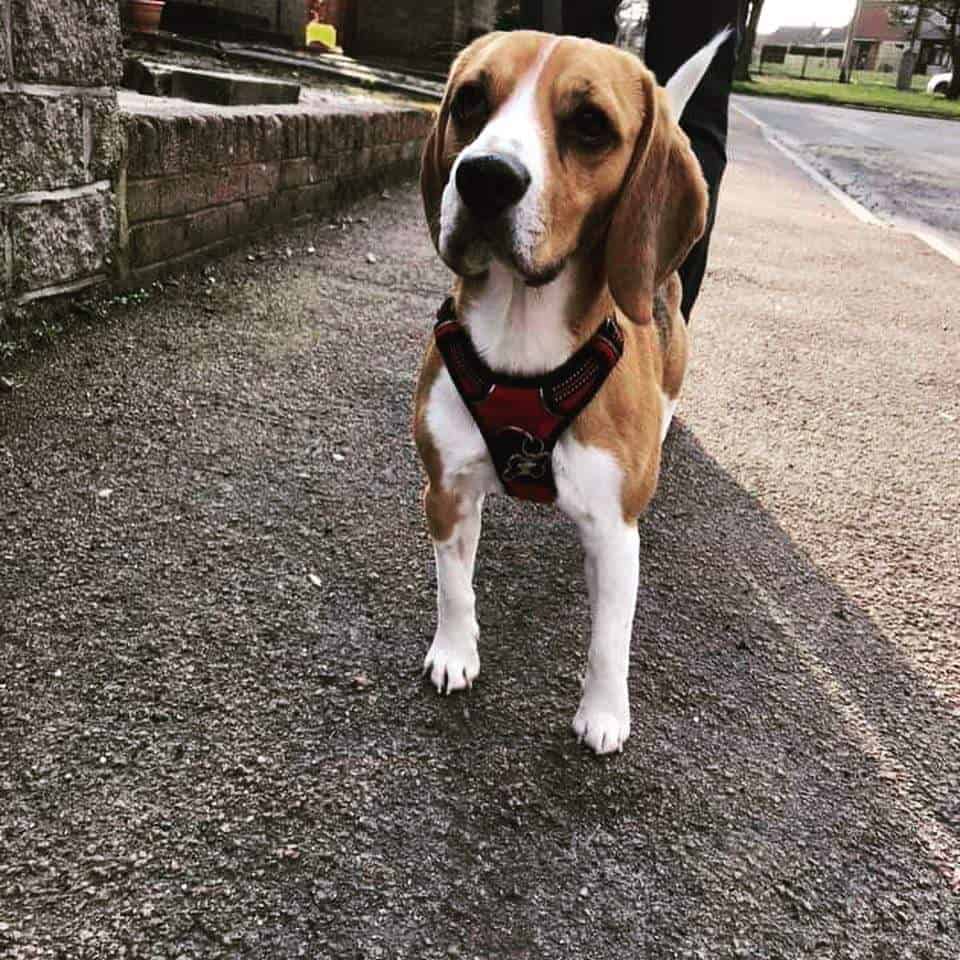 Pablo is a tri colour male, born 3rd August 2017, who needs a new home where he will be the only dog in the household.  Pablo is deaf, and will need very patient and understanding owners.  He is neutered and microchipped.

Pablo likes to explore the world when he’s out for walks.  He walks best on a harness, which keeps his pulling under control.  He has never been walked off lead.  Pablo is used to travelling, and has travelled in cars and on trains.  He has never shown any aggression to people, and interacts well with other dogs he meets, although he has struggled to get along with the other resident dog in his current home, and would need to be the only dog in his new home.

At home, Pablo continues to work on his house training, which is another reason why we would prefer that he went to a home where he could be the sole focus of his owner’s attention.  He has not used a crate.  He can be left alone, but only for very short periods of time, as he shows his distress by becoming destructive.  He has never tried to escape from his secure garden.  He will give up stolen items, in exchange for a tasty treat.

Pablo has never lived with cats or children, and due to his deafness, we would recommend that his new home was one without cats or young children, as he needs a calm environment with a regular routine to help with his training.  Adding a deaf dog to your home can be remarkably rewarding, and Pablo will be a great addition to your family.