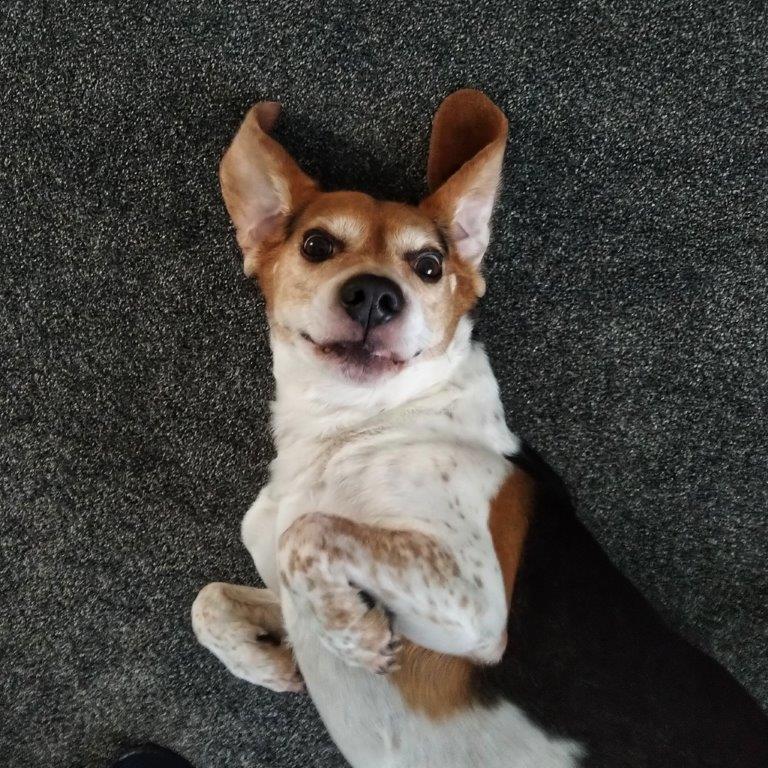 Bobby is an eight year old tri colour male, who is looking for a new home after the sad loss of his owner.  He is neutered, vaccinated and microchipped.

Bobby walks nicely on his lead, and soon gets over his initial excitement at being out for a walk.  He has been allowed off lead in securely fenced fields.  Bobby has never shown aggression to people, but he can be defensive around some dogs as he was attacked by another dog as a puppy.  He is usually fine around other dogs on lead, and will either be very excited to meet them, or completely disinterested, depending on how his mood takes him.  While he doesn’t travel very often, he is fine in the car.

At home, he is house trained and crate trained.  He has never been left alone for more than an hour, and prefers to have company.   He is not destructive, and is happy to return stolen items without a fuss.  He has never tried to escape from his secure garden.

Bobby has never lived with cats, so his new home must be cat free.  He currently lives with teenagers and adults.  He appreciates a calm and quiet environment, as he can be easily spooked by unexpected noises and raised voices, and he is happiest when he has his family with him, playing tug or giving him a belly rub.    He would love a home where he can curl up on the sofa and get lots of attention.