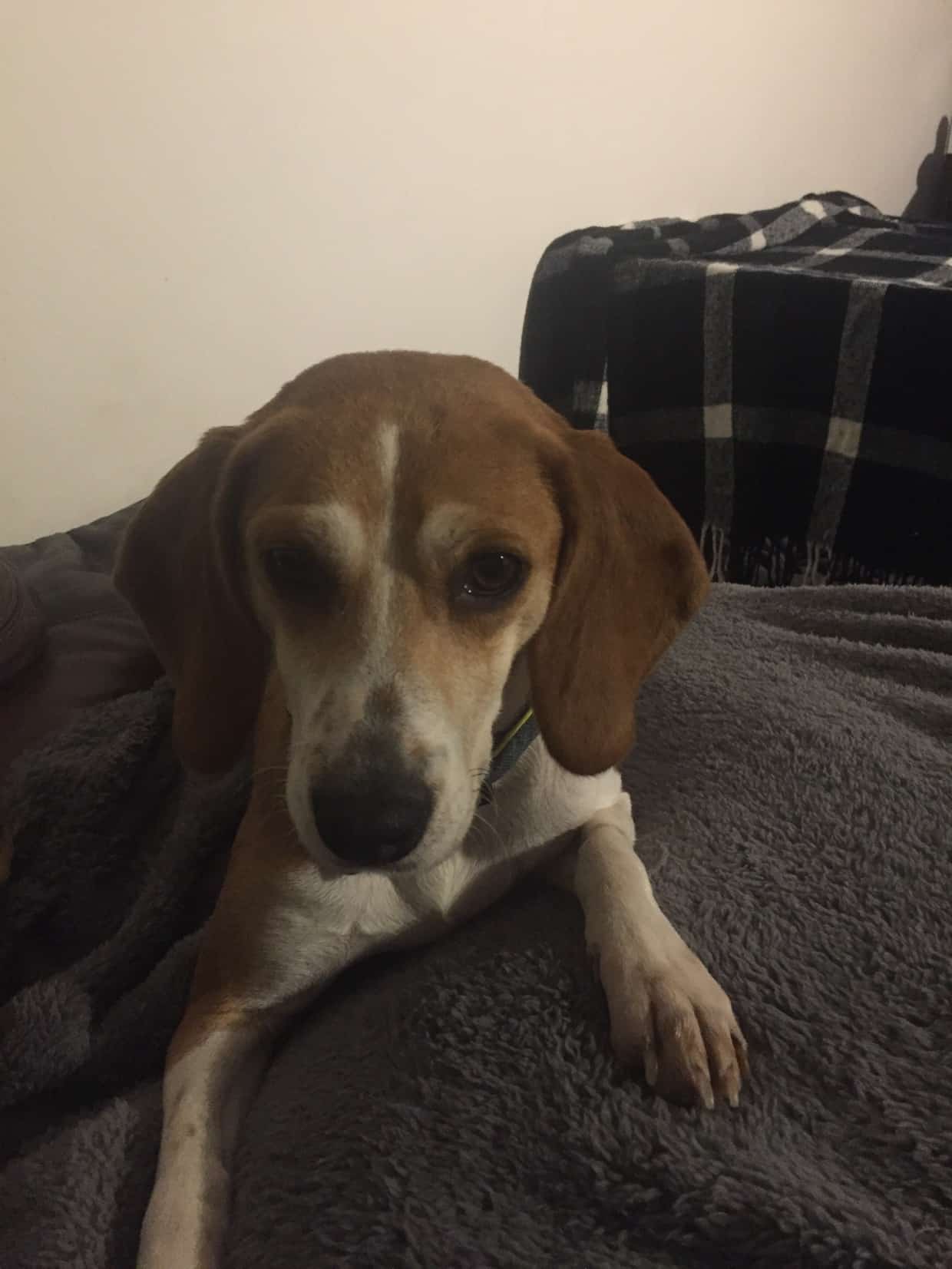 Autumn was sadly found as a stray and was very nearly killed running along a dual carriageway. She was extremely nervous after this ordeal but has shown no fear aggression, even when handled by strangers.

We believe that Autumn is approximately 2 years old and she has had at least one litter of puppies.
On arrival in foster Autumn was quite hand shy initially, but very happy to meet the other dogs in the house. She plays beautifully, shows no dominance and has good social manners.
During the first week of foster Autumn has shown a cheeky happy side and is becoming increasingly cuddly and people orientated. For this reason, a home without a resident dog would be considered, in the right circumstances.
Autumn has clearly not been walked on a lead or worn a harness but is doing very well and is happy to have her harness put on and go for short lead walks. Autumn is an on-lead only dog currently, but with the right relationship with her humans and some training this could change.